Visit Australia’s Award-Winning National Attractions. (Allow a Few Hours For Each One.)

Australia’s national attractions are a must-see when in Canberra. Each attraction offers unique experiences for all ages.

Guided tours are also available at most attractions.

A visit to Parliament House is fascinating, not only because of the stunning building but because of the accessibility of seeing democracy in action.

Visitors can make their way throughout the public parts of the building and into the working chambers — the House of Representatives and the Senate.

When Parliament is sitting, you can plan your visit to take in the 2pm Question Time, noted for its rowdy exchanges of questions and responses between the elected Members of Parliament.

Spoilt for choice, Canberra has many galleries in which to wander and take in the talents of local, national and international artists and craftspeople. The Australian War Memorial is a military archive, a museum and a shrine. It is a place of commemoration to those who have served and died in military operations.

The memorial’s galleries are skilfully curated to highlight the human stories behind the displays.

The daily Last Post ceremony, should not be missed. This is accompanied by a short, wreath-laying ceremony and the Last Post being played.

The memorial’s gardens are also a special place to visit. In the late afternoon, the kangaroos come down from nearby Mount Ainslie Nature Reserve, to feed on the fresh grass. This is a locally-loved, typical, Canberra sight.

Stop by the War Memorial for the Last Post ceremony, at 4.55 pm at the close of each day (except Christmas Day).

This is a short, moving, ceremony that commemorates the service of one person of the almost 102,000 names listed on the Roll of Honour. The outdoor gardens are the perfect picnic spot. The wonderful James Turrell sculpture, ‘Within Without — Skyspace’, is a wonderful place to watch the sunrise and set.

Next door, the National Portrait Gallery is home to portraits of Australians who have made a significant contribution to Australia.

Portraits are accompanied by a background description of each person’s contribution, making the works come alive. Stories highlight the essence of Australian culture and lifestyle. Many of those featured show tenacity and drive to achieve goals, to make a difference and to accomplish much for the benefit of all Australians.

The National Portrait Gallery provides a real insight into the Australian psyche — definitely not one to miss. Tucked away in the city is Canberra Museum and Gallery (CMAG). This gallery’s collection comprises around 5,000 social history and visual art objects that highlight the development of Canberra and the region.

Also here, is the Nolan Collection, a selection of paintings by acclaimed Australian artist, Sidney Nolan, created between 1945 to 1953

Canberra’s suburban galleries should not be missed. 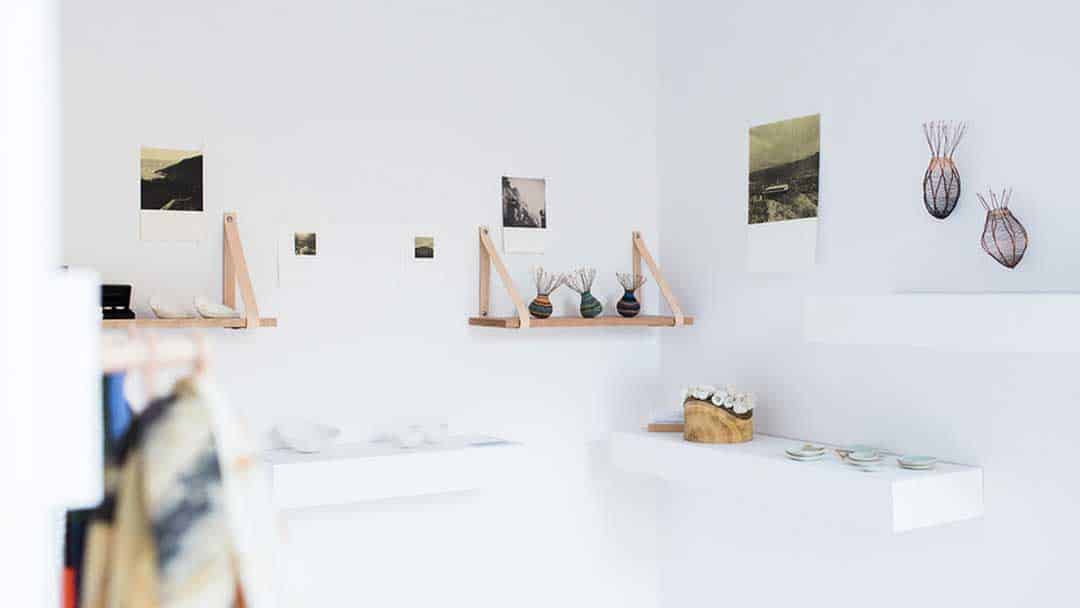 Canberra’s smallest gallery, the Gallery of Small Things (GOST), in Watson, exhibits exquisite objects no larger than an A3 piece of paper. Strathnairn in Holt, is an arts association with workspaces for artists and craftspeople as well as exhibition spaces and shop. Opposite Humble House is Margaret Hadfield Gallery. Here you can take lessons from the accomplished artist herself as well as enjoy, or purchase, the paintings on display. The Museum of Australian Democracy at Old Parliament House is a view of how things were, dating back to 1927 when the building was opened as the nation’s first Parliament House.

The building was always intended to be a Provisional Parliament House because as a newly federated nation, having just emerged from World War 1, the government of the day didn’t have the money to build a permanent building.

Before becoming home to the Museum of Australian Democracy, this building was in use for 61 years until the new and permanent building was opened in 1988. Here you can see a snapshot of times gone by, learn about Australian Parliament and democracy and sit in the very chambers where parliamentarians sat as they created the policies and laws of the land.

The Museum of Australian Democracy brings our political history to life. To stand in the actual Prime Minister’s Suite and see how the office functioned and looked as it was in the time of the last serving Prime Minister in the building, Bob Hawke, is quite a delight for many visitors to the museum. Questacon, the National Science and Technology Centre, is a world-class hands-on science centre.

Great fun for all ages, don’t let the kids have all the fun! Allow plenty of time to spend here. One popular exhibit is the 6 metre, free-fall vertical slide, Excite@Q, designed to get your heart pumping!

Outside you will find Reconciliation Place, a great place to wander through and see artworks created by Aboriginal and Torres Strait Islander people.

The National Archives of Australia is in East Block, behind Old Parliament House.

This building has had a significant history. It has housed early government departments including Canberra’s telephone exchange and Post Office as well as ASIO, Australia’s security intelligence organisation. It is said that there is even a resident ghost residing there!

Today, the building is home to Australia’s commonwealth records and a great place to obtain family history information, particularly military and immigration records. The Archives also have exhibition spaces that host permanent and temporary exhibitions. The National Library of Australia is the country’s largest reference library. It houses a collection that includes printed matter and many fascinating objects.

Here you will find Captain Cook’s handwritten journal on his voyage of discovery in the ship, ‘Endeavour’. The first official Commonwealth of Australia £1 note, issued in 1913 and the diary of land rights activist Edward Koiki Mabo.

The library also houses oral histories, an extensive Asia collection and gallery spaces for its permanent exhibition, Treasures, as well as its temporary exhibitions.

Bookplate is a delightful café within the National Library–popular with locals. Known for its stunning stained-glass windows, created by renowned glass artist, Leonard French.

Located on the shores of Lake Burley Griffin near the centre of Canberra, the Museum’s stunning architecture offers visitors an extraordinary place to explore the rich and diverse stories of Australia and its people.

Enjoy breakfast or lunch in the Museum’s stunning waterfront café with uninterrupted views – the best lakeside dining in the nation’s capital. Canberra’s attractions also include smaller, family-owned and run businesses. A visit to Canberra would not be complete without a visit to Gold Creek, a 15-minute drive from the city centre.

Here you will find Cockington Green Gardens. This is a delightful village of miniature buildings set within beautifully landscaped gardens. Established 40 years ago, the lovingly created miniature, built-to-scale, extensive display of finely crafted buildings from around the world.

You will also find the Canberra Reptile Zoo where touching many of the reptiles is encouraged — a fabulous experience for all.

Across the road, behind the specialty shops, is the Canberra Walk-In Aviary, home to around 500 free-flying birds from Australia and around the world.

A Hit With The Kids

Nearby is the National Dinosaur Museum with its extensive fossil exhibition, interpretive displays, murals, skeletons and models that will whet the appetite of pre-historic dinosaur enthusiasts. A passionate Canberran, well known for her regular segments on local radio, Marg’s extensive knowledge of quirky, fun, ‘behind the scenes’ secrets is second-to-none.

Marg’s boutique private tours are tailored to suit your interests.